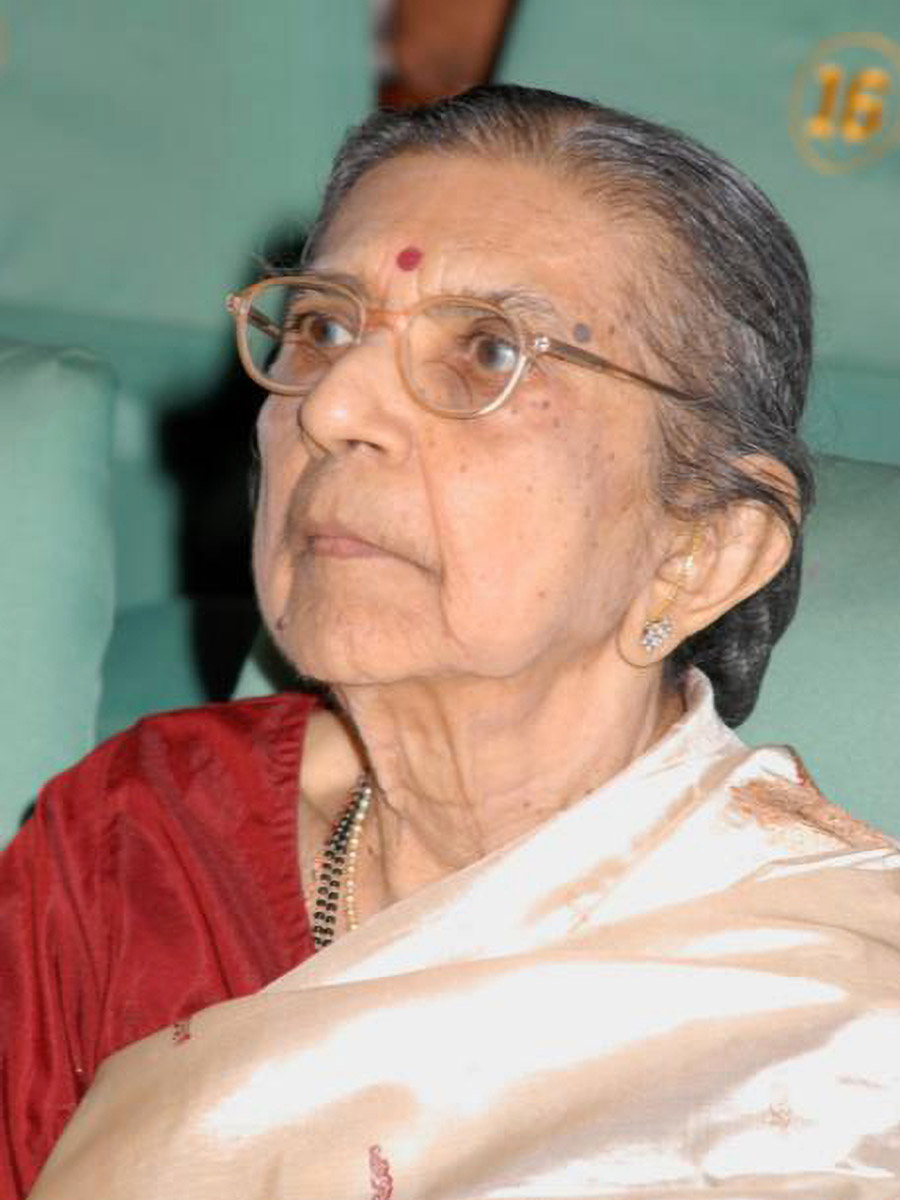 With the stigma attached to Hindustānī Music in the early part of the twentieth century, Kausalyā’s musical talents received limited encouragement in her younger days. However, after her marriage at a fairly young age into a family whose members were ardent lovers of music, she got all the encouragement and support to develop her musical talents from her husband Diṅkar. Kausalyā was trained by D R Nimbārgī and then for a number of years by Gajānanrāo Joshī, the well-known Vocalist/ Violinist of yesteryear. Subsequently she had the good fortune of being taught and nurtured by none other than Mogubāī Kurdikar. In a very touching homage paid to her Guru by way of an article written by her for a commemorative souvenir, Kausalyā calls her ‘Māī’ and ‘Gurumāulī’. In this article, she fondly reminisces how Mogubāī used to treat her with the same amount of love and affection as her own daughter, Kishorī Āmoṇkar. Although she possesses a high degree of musicianship on the concert stage, taking inspiration from her Guru, Kausalyā has also dedicated herself to imparting Vidyā to aspiring young musicians rather than giving public performances to seek name and fame. Pratimā Tilak is one of her better-known students.

Apart from performing in Music Conferences in all major cities like Bombay, Calcutta, Delhi etc., she has broadcast on AIR for almost 50 years since 1942. Kausalyā was the secretary of the Bhāratīya Saṅgīt Kalākār Maṇḍal which launched an agitation against the authorities of All India Radio for the injustice meted out to the established and performing Musicians because of the unfair methods of Auditions conducted by them. This resulted in markedly improved conditions for the Artistes for which they should be grateful. She has had the rare privilege of singing Bhajana-s at Mahātmā Gāndhī’s prayer meetings and ‘Vāis̲h̲nava jana to’ near the asthi kalash of the Mahātmā. On the same occasion, she also had the unique good fortune of the great Bāl Gandharva accompanying her on the Tānpūrā, when she sang immediately after him.