Hailing from an affluent family in Maṅgal̄ūru, he was the son of the renowned Maddalam player and patriarch Rāmarāo. Tārānāth was very artistically inclined from a young age and so his father encouraged him to experiment and develop his forté in diverse artistic genres. However, it soon became apparent that tablā was his chosen instrument and it became an obsession with him. Side by side, Tārānāth displayed a flair for the visual arts and it was the urge to study both that brought him to Bombāy.

He took a diploma course at the J J School of Arts but continued his tabla instructions from Subbarāo Aṅkolekar of Goā. He also benefited from his studentship with Layabhāsker Khāprumāmā Parvatkar and Faiyāz Mohammed of Kānpur. He finally sought tutelage under the great luminary Shamsuddin Khān of the Farrūkhābād Gharānā, and it was under him that Tārānāth blossomed into the ace percussionist that he was. The profundity of Tārānāth’s knowledge in the intricacies of laya, his mastery over a bewildering variety of tāl-s and his equally varied compositions, many of them in Sanskrit, have baffled contemporaries, connoisseurs and critics alike. He built up a phenomenal repertoire of compositions but shared them ungrudgingly and freely with anyone seriously interested.

Tārānāth had an uncanny knack of teaching right from tiny tots to performing percussionists. He has groomed a whole array of percussionists, many of whom have achieved national status. He was a teacher par excellence. He also regaled audiences with his uncanny mastery over laya and tāl-s, and was acknowledged as one of the country’s top percussionists.

In 1967 Ravi Shaṅkar invited him to undertake a concert tour abroad and it was then that he realised the fantastic opportunity to interpret the great tradition of Indian percussion to western  audiences. For a year he taught at Ravi Shaṅkar’s Kinnarā School of Indian Music in the USA. After a short stint back home, he accompanied the eminent Beenkar Ziā Mohiuddin Dagar to Europe and East Africa. During the course of his travels several westerners learned from him. In 1978 he was invited by the California Institute of the Arts at Valencia near Los Angeles to impart theoretical and practical training in North Indian percussion instruments to foreign students, an assignment he performed with consummate skill. 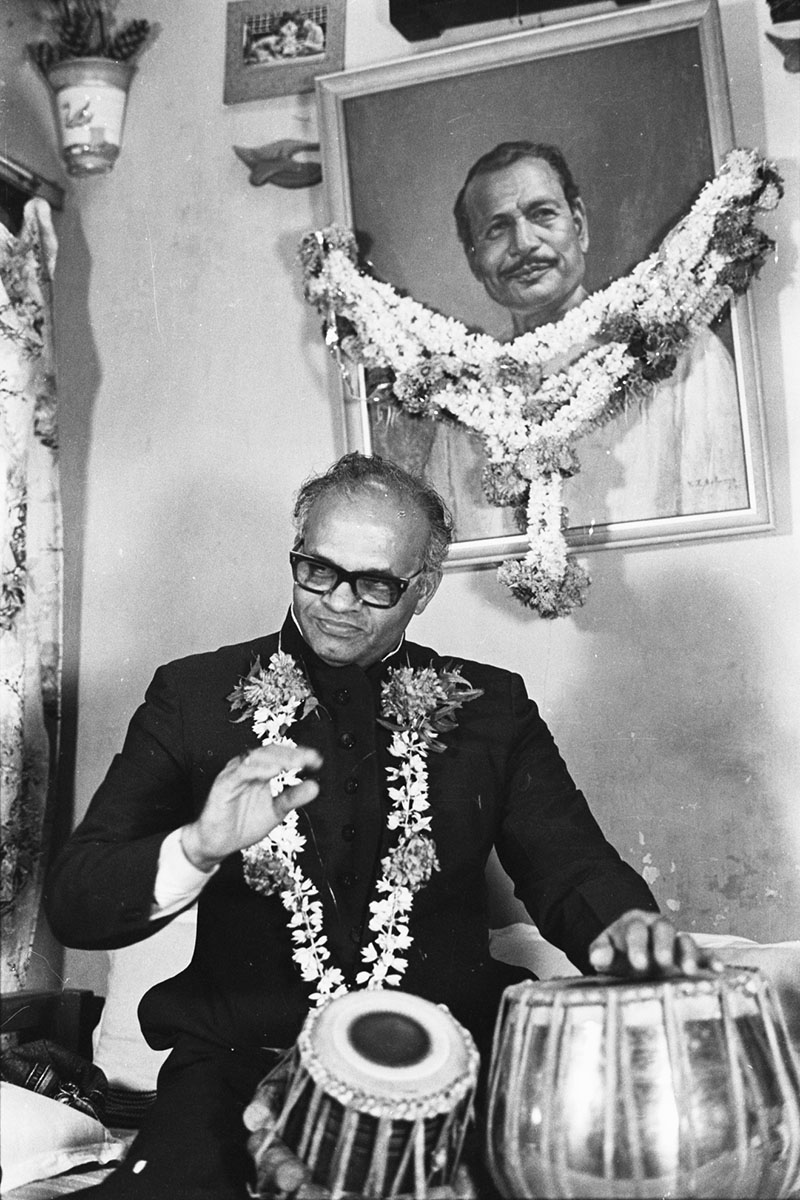 With a portrait of his Guru Shamsuddin Khan

The institute started under the vision of Walt Disney is a unique one where all forms of visual and performing arts are taught, and the students freely interact with each other giving them the widest scope for artistic growth and expression. In such an atmosphere Tārānāth, whose talents included the visual arts also, fitted in like a shot and the institute, recognising his talent and genius, conferred its prestigious award on him in 1982 within a mere four years of association. Unfortunately, but not surprisingly, he did not receive the recognition he so richly deserved in the land of his birth as he had no political or influential mentors to ‘lobby’ for him. He belonged to that fast-vanishing generation of great and self-effacing artistes for whom the pursuit of their art was in itself its own reward.

Bombāy was Tārānāth’s Karmabhūmi since 1932 and his flat in central Bombāy had been a rendezvous for many all-time greats of yesteryear, as also for many budding artistes struggling to establish themselves in the musical firmament. He often played host to the likes of Ravi Shaṅkar,  Alī Akbar Khān and Bhīmsen Joshī. His talented disciples will certainly keep his memory and tradition alive for a long time to come.

With his musician brother Ratnakar and disciple Ravi Bellare 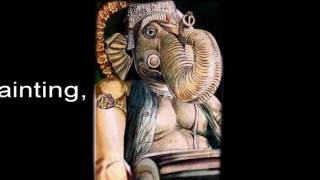 'JAI GURU' A Short film on the Life of Pt Taranath Rao Hattangady and his contributions to Indian Classical music.