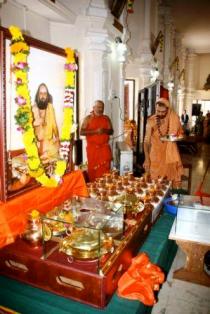 Swamiji performing pooja of the kalash containing teerth from nine holy rivers across India and river credit from Canada. 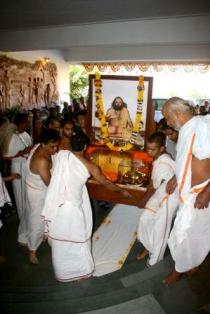 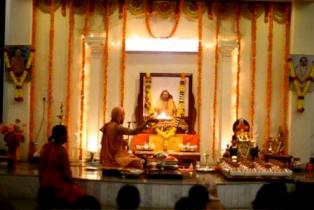 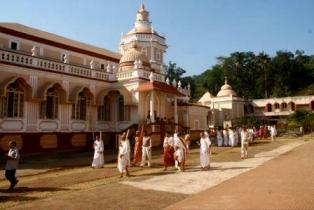 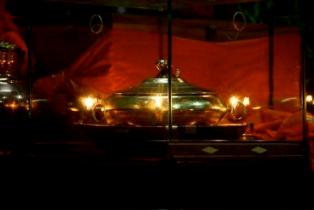 Soft glow of Divya Jyoti in the night of 8th feb at Shri. Mangeshi Devasthan, Goa. 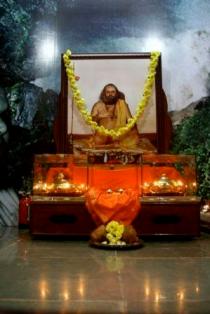 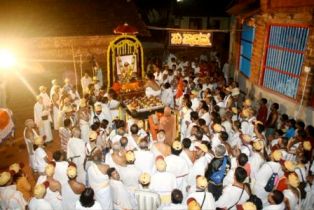 Holy Peetha is set firmly on the Rath, at Patte Ganapati temple, near Koti teerth under the watchful eye of Swamiji. to prepare for the historic Paada Yatra from Gokarn to Shirali. 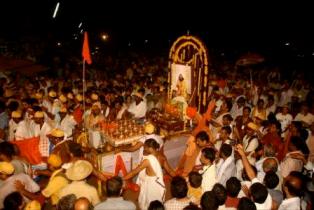 The historic procession sets course from Kotiteerth, Gokarn while Devotees from across the globe lined up on either side pay their respects, at the dawn of 13th Feb 2008. 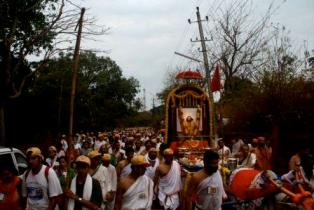 The Rath, pulled by the Majestic Bull, Ram on its way to Madangeri, escorted by Param Poojya Swamiji, even as over 1500 yatris follow closely behind amidst jaijaikaar. 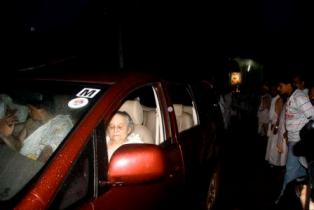 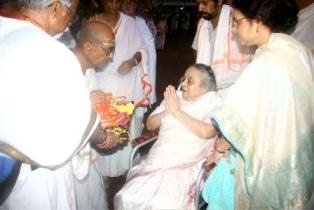 Shantipachi pays her respect to the Holy Padukas . 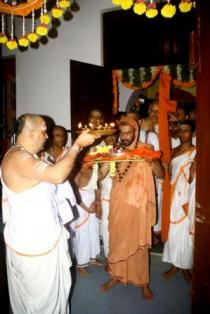 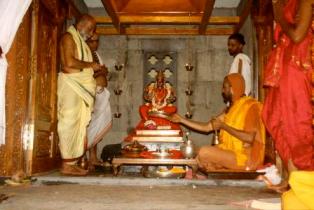 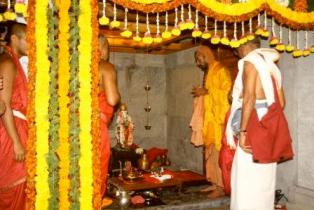 Param Poojya Swamiji performs Consecration of Shri Ganapati at the new location next to the Bhuvaneshwari Shrine. 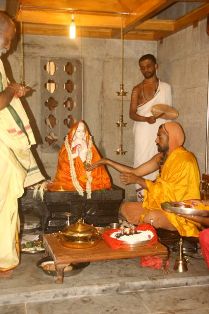 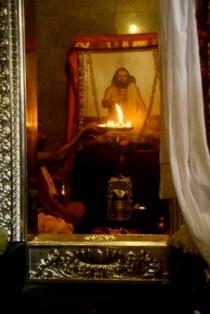 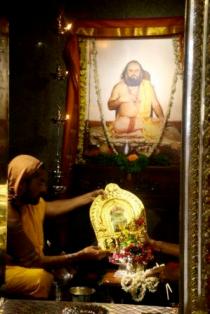 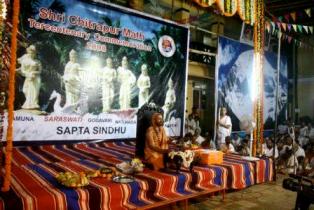 The high point of Dharma Sabha in the evening of 15th February was the Ashirvachan by Param Poojya Swamiji. 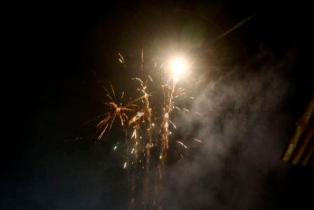 The Fire works proclaim to the world the joy of our samaj on the occassion of "Home Coming" and the consecration of three new shrines at the Math.