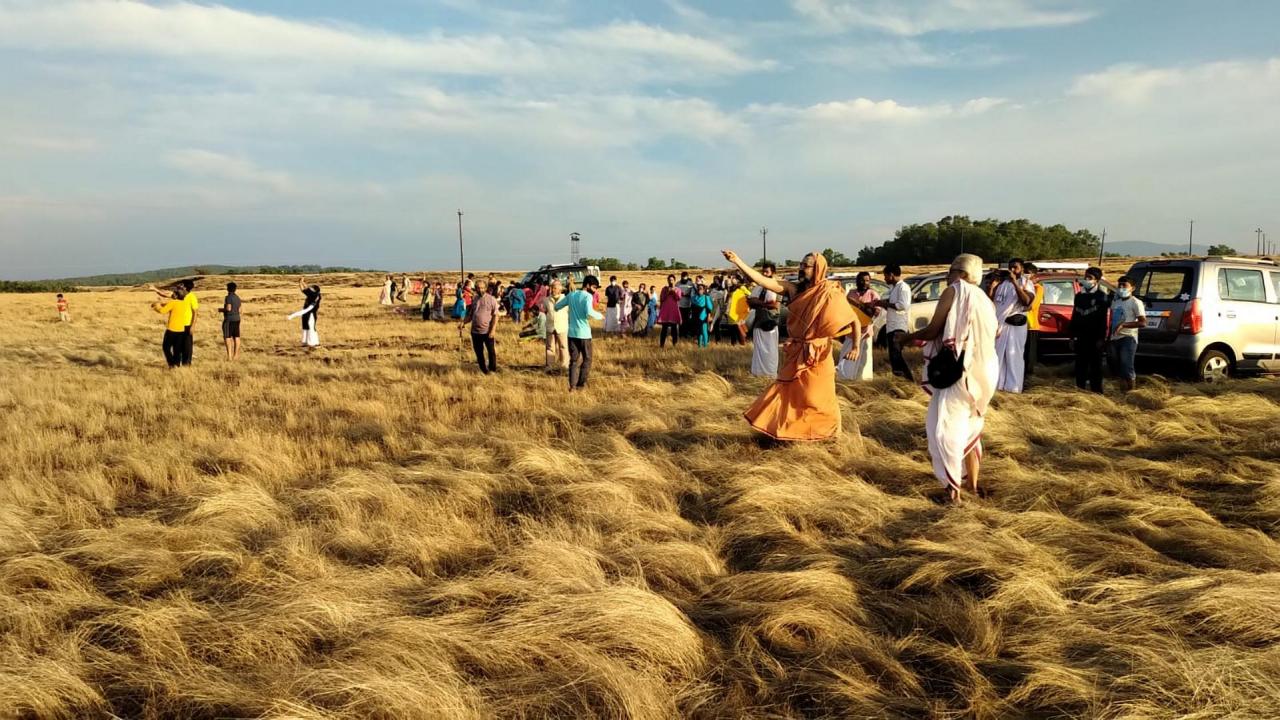 Makara Saṅkrānti marks the beginning of the harvest season when new crops are worshipped, harvested, and shared with delight. It is the time to consume freshly harvested food grain after offering them to the Gods. Khichaḍī is one such offering. It’s a light and an easily digested food symbolic of unity. The dish is cooked in a single pot by stirring all the ingredients together including freshly harvested rice, lentils, seasonal vegetables and spices. The festivities around Makara Saṅkrānti symbolize the cycle of life and regeneration.

The word 'Saṅkrānti' or 'Saṅkramaṇa' means ‘transit’ and applies to the movement of the Sun into a particular Rāshi (zodiacal sign). There are 12 such Saṅkrānti-s in a year, each corresponding to one of the 12 zodiac signs. However, the two most significant transits are Karkaṭaka Saṅkrānti, and Makara Saṅkrānti when the Sun moves into Karkaṭaka (Cancer) and Makara (Capricorn) Rāshi respectively.

Makara Saṅkrānti also heralds a change in season. With each new day, as the Sun journeys across the sky, it gently moves from Daks͟hiṇa (South) towards Uttara (North). With Uttarāyaṇa, days become longer in the Northern hemisphere. This festival is therefore dedicated to the Sūrya Devatā (Sun God).

How we celebrate Makara Saṅkrānti

During this festival, a delicacy which is a combination of sesame (tīĪu in Koṅkaṇī) and jaggery called 'eĪĪu bellā' (in Karnāṭaka), and tiĪguĪ in Mahārās͟hṭra is prepared and distributed to as many as possible.  While sharing this tiĪguĪ, in Karnāṭaka they say eĪĪu bellā tinḍu, voĪĪe mātāḍu' which is the same as ’tiĪguĪ ghyā, goḍgoḍ bolā' in Marāt͟hī.  'TiĪguĪ' symbolizes the affectionate bonding amongst people in the same way sesame seeds form a perfect combination with jaggery.  In Sanskrit, the word for oil is 'sneha', which is another word for affection. It is said that sesame seeds sprang from the drops of sweat of Vis͟hṇu and Yama, the God of Death, who blessed them and hence, they became indispensable in pitṛ-kārya (like shrāddha, tarpaṇa etc). Sesame seeds are a rich source of oil, calcium and a host of minerals which makes it ideal for consumption in winter. 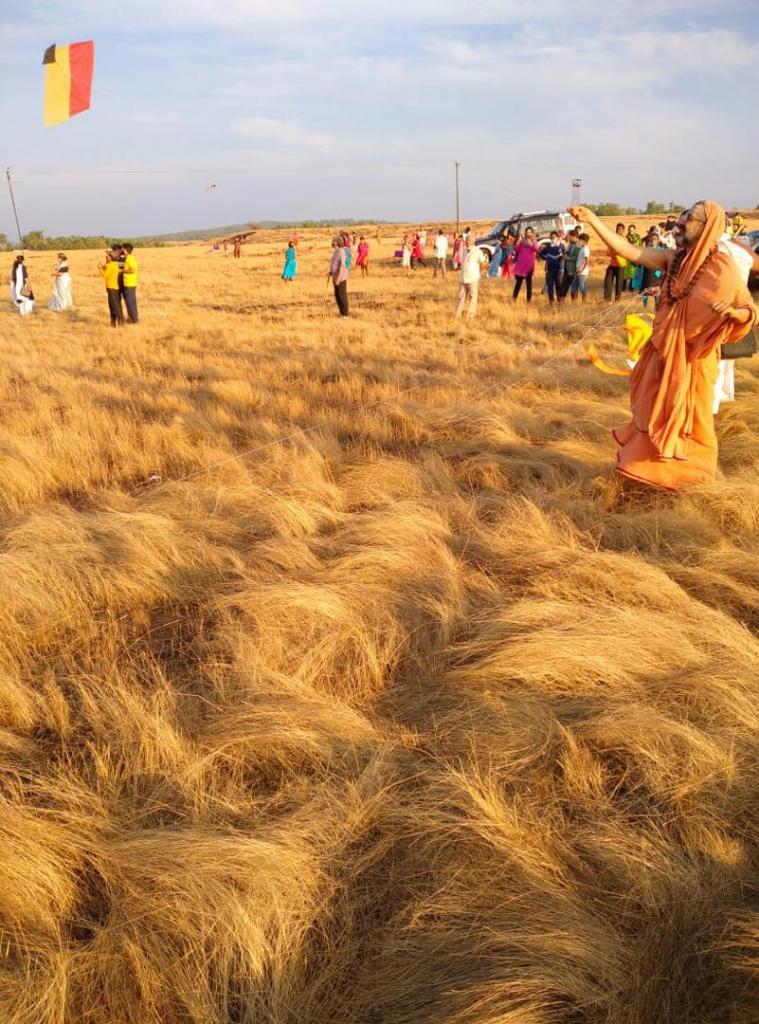 On Makara Saṅkrānti, many congregate on the banks of Holy Rivers like the Gaṅgā, or sacred lakes to have a traditional dip. Others recite this verse invoking Gaṅgā and have a ritual bath at home as though taking a dip in the Holy River itself.

ataṅga in Hindi means kite, and flying the kite symbolizes the northern journey of the sun, and this is a favourite sport of the young on Makara Saṅkrānti. In Shirālī, H.H. Swāmī Sadyojāt Shaṅkarāshram joins the youngsters in flying colourful kites at Kembre.

Makara Saṅkrānti reminds the spiritual seeker to always face the right direction - just like the needle in a mariner’s compass which always points to the North.  Similarly, our buddhi (intellect) should always be able to discriminate between right and wrong, leading us on the right path towards our Ultimate Goal, the Brahman. In His Āshīrvachana-s, H.H. Swāmī Sadyojāt Shaṅkarāshram has compared sādhaka-s gradual progress in their spiritual quest from one phase to the next - through all types of situations in life, learning lessons and evolving constantly - to the saṅkramaṇa of the Sun through the different rāshi-s.

Makara Saṅkrānti is an occasion to forget the past, while allowing a new light to enter one’s life.  It gives us a chance to pray to the Sūrya Devatā, in various ways (e.g. Gāyatrī Mantra), to bless us with Jñānaprakāsha (the light of True Knowledge), and by Guru Anugraha to destroy ajñāna-andhakāra (the darkess of ignorance) in our budhhi (intellect).