Parama Pūjya most beloved HH Guruswāmījī was born in Shirālī, as "Ravi" in the Shukla family. He was utmost adorable and mischievous as a child and lived very close to our Mat͟h (near the present-day office premises). Situated near his home was the local post office.

As a child of 4-5 years, Ravi lived for a while with his maternal aunt – Sunandā Soukūr, (Chuchu pāchī) and uncle, Nārāyaṇ Soukūr (Chuchu Bāppā) also known as  ānnu mām. Nānnu mām used to work at the Shirāli post office. Every day Nānnu mām and the other  staff would find dry leaves inside the letter box attached to the office and would wonder how they appeared there mysteriously.

One fine day, Nānnu mām found out that it was none other than his naughty nephew who would 'post' dried leaves (patra-s of course!) each day! 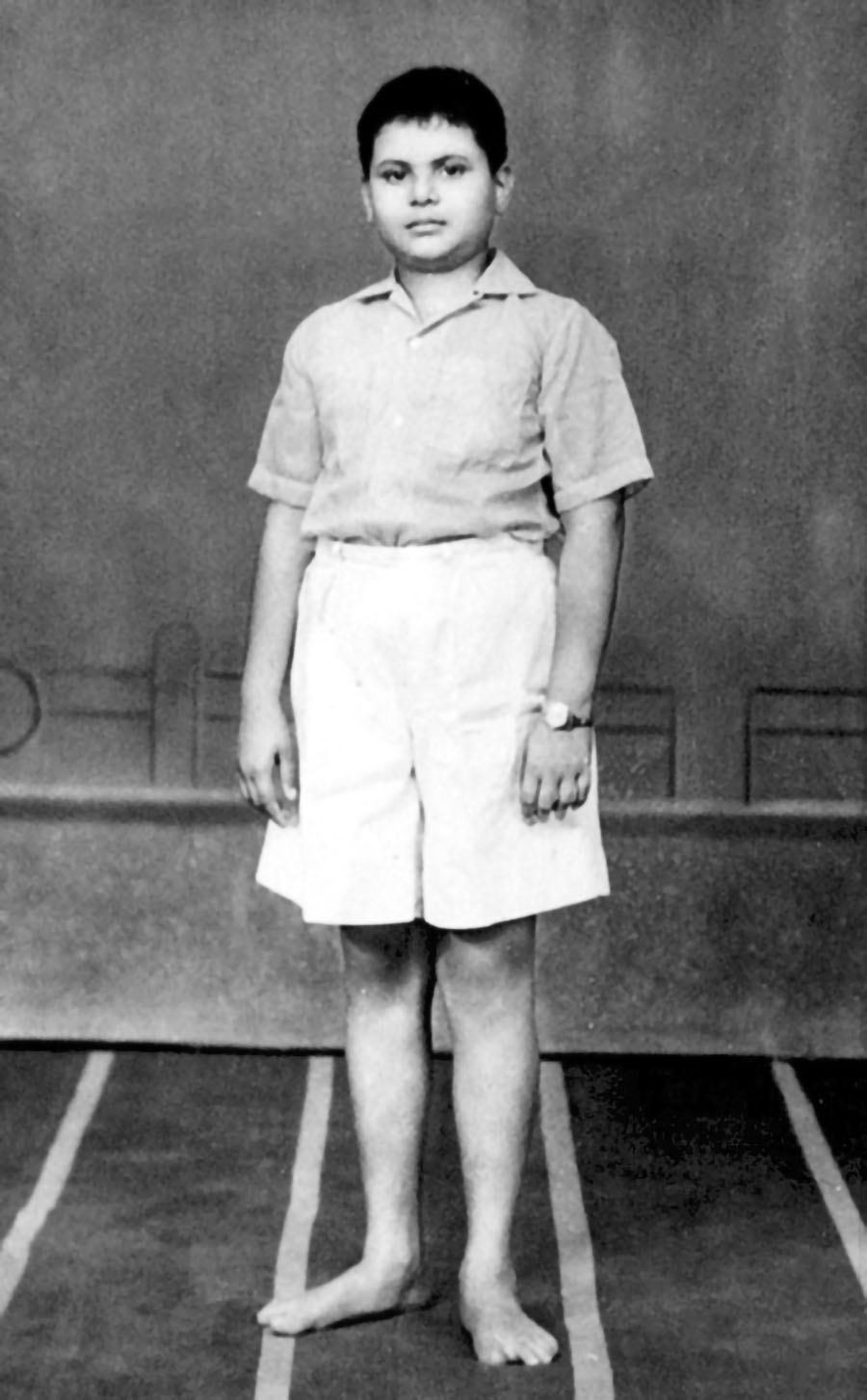 Nānnu mām hatched a plan and waited patiently for the next batch of leaves. Sure enough, he soon saw a chubby little hand coming through the opening; Nānnu mām quickly grabbed the hand and held it tightly… just long enough to scare the child… and sure enough, little petrified Ravi stopped posting dried leaves after that!

Ravi was extremely fond of "shrīkhaṇḍa" and relished it thoroughly. He insisted that Chuchu pāchī make shrīkhaṇḍa for him every day. Since resources were limited, making shrīkhaṇḍa every day was quite a task. Chuchu pāchī therefore, would cleverly mix Kesar and sugar in curds and give it to Ravi as shrīkhaṇḍa, which of course he would relish.

Years later, when Swāmījī was en route to Shirālī, He decided to halt at Hubl̄ī to visit the Soukūr-s. Chuchu pāchī had fondly prepared shrīkhaṇḍa for Swāmījī, remembering how much He had liked it as a child. After eating the shrīkhaṇḍa, Swāmījī teased Chuchu pāchī saying " तुंवें धय्यांतु साखर घाल्नु दिल्या वे?" He was very witty and humorous on occasion.

Beloved HH Guruswāmī is actually the Divine Mother incarnate. I say Divine Mother because He loves all His devotees like a mother selflessly loves her children.

Swāmījī was ever so giving, never keeping anything for Himself. Whatever His devotees would offer at His Lotus Feet, would always be given to the poor and needy. Once an old poor pāchī was bedridden and could not move about at all, but harboured one last dying wish: to be able to meet HH somehow.

Our omniscient Swāmījī Himself visited her and handed her a sealed envelope. It was later learnt that the envelope contained Rs.500, which was a huge amount back in the 1960s. Such were His ways of love and kindness towards His devotees.

A very devout Āmchī family who were ardent followers of HH Guruswāmī, were shifting base to Paṭnā. They had a sincere desire that He should visit and bless their new home. They told Swāmījī about this and He agreed to visit them. As promised, Swāmījī left for Paṭnā, but to the horror of the family, they realized they had not given their address to Swāmījī while leaving in a hurry, and became sick with worry wondering now HH would be able to reach them. They quickly sent one family member to the railway station, another to the bus stand and one to lookout on the main road, not knowing which route HH Swāmījī would take.

In the meantime, HH Swāmījī who was travelling by road, instructed the driver to take the vehicle via the station road. He told him, there was someone waiting there to take them to their destination. Mind you, this was during the times when there was no easy way of communication like telephones or cellular phones. But oh yes! The divine has always had a "special WiFi connection", which none can ever fathom.

After Swāmījī had stayed for a while in Paṭnā, the family felt that it would be nice to visit the famous Pashupatināth Temple in Kāt͟hmāṇḍū with our Swāmījī.

HH Swāmījī agreed, and with a group of 20 devotees, left for Kāt͟hmāṇḍū. The devotees on reaching there became worried, wondering how they would take care of Swāmījī amidst all the hustle-bustle and chaos of the crowded temple. As they approached the temple, they saw that the crowd was returning from their darshana, as if on cue to clear the premises. As they walked on inside the temple, they heard loud salutations from the priests, saying "Banni Swāmīṅgal̄e", "Banni Swāmīṅgal̄e" in Kannaḍa meaning "Welcome Swāmījī"!
They were shocked to hear the priests in Kāt͟hmāṇḍū speaking in Kannaḍa and soon learnt that the priests hailed from Gokarṇa in Karnāṭaka. Our beloved Swāmījī was welcomed amidst great pomp and celebrations. Not only that, the priests asked HH to do ārati and they garlanded Swāmījī with a big rudrāks͟hamālā, which was on the Lord Pashupatināth liṅga.

These are the few experiences which cannot be successfully penned in words; but lucky are those who have experienced His Holiness' s love and warmth.